The energy company St1 is planning the first synthetic methanol plant in Finland next to the Finnsementti factory at the Ihalainen industrial site in Lappeenranta. The Ministry of Economic Affairs and Employment has granted a funding of EUR 35.4 million to St1’s Power-to-Methanol Lappeenranta project, which aims to produce renewable synthetic methanol to replace fossil fuels used in maritime and road transport. St1’s goal in the commercial-scale pilot project is to develop a replicable and scalable synthetic methanol production concept. 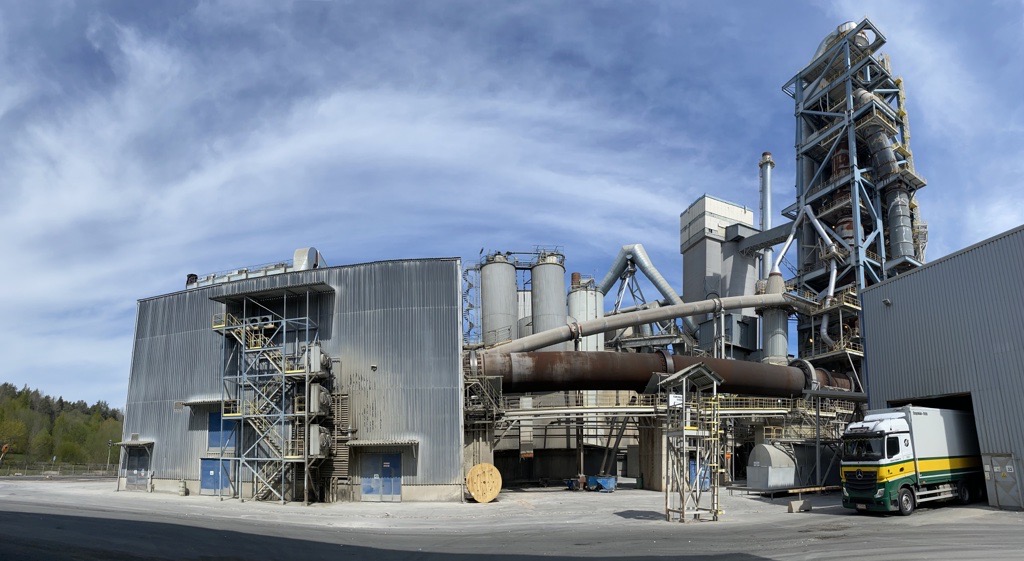 The Ministry of Economic Affairs and Employment funding decision is conditional, as it requires approval from the European Commission. The funding is provided from the European Recovery and Resilience Facility (RRF).

The project will advance to the investment decision phase once business plan and all of the planning and impact assessment processes required for the permits have been completed. If the project advances according to plan, the plant will be operational in 2026.

The plant will produce about 25,000 tonnes of synthetic methanol per year. The employment impact of the construction phase of the project is about 250 full-time man-years and it will generate more than 20 new permanent jobs.

Synthetic methanol is an important future low-carbon fuel. St1 has studied the production of synthetic methanol with the LUT University for years, and it has been shown to be a potential and feasible concept. LUT will continue to be heavily involved in the development cooperation within the project.

The synthetic methanol production plant in Lappeenranta will use the hard-to-abate carbon dioxide emissions from the limestone raw-material at the Finnsementti factory, reducing the emissions of the cement factory considerably. The other raw material needed is green hydrogen produced in an electrolysis process involving wind power and water. Synthetic methanol is produced in the synthesis of carbon and green hydrogen. Correspondingly, the waste heat generated in the production of synthetic methanol will be used in the district heating network of Lappeenrannan Energia.

The pilot project grants privileged access to the developing market

The investment support will allow for the concept to be implemented in Finland for the first time and build competences for extensive scaling and replication while improving our energy self-sufficiency. The St1 Power-to-Methanol Lappeenranta project is an excellent example of the full utilisation of sector integration within the energy sector in Finland.

There are plenty of applications aiming at low carbon emissions and the demand for methanol as a replacement for fossil fuels will grow remarkably in the near future.

“The Nordic market for synthetic fuels will grow considerably in the coming years. The timetable of our pilot project would allow Finland access the first wave of industrial applications and, consequently, the establishment of the synthetic methanol market and solution scaling. The project will also provide the involved parties with important expertise, which will also be used in advancing other Power-to-X projects. We are delighted that the City of Lappeenranta and other local parties are fully invested in this project,” says St1’s Head of Energy Transition Business, Riitta Silvennoinen.

St1 has extensively studied the potential of using and producing various Power-to-X products, such as synthetic methane, green ammonia and synthetic kerosene.

In the summer, St1 signed a memorandum of understanding with Vattenfall about developing a fossil-free value chain for synthetic aviation fuel in Sweden. In May, St1 signed a preliminary agreement with Vantaa Energy about cooperation in the distribution of electric fuel. Last year, the company signed a memorandum of understanding concerning a green ammonia development project in Northern Norway with an aim of producing green ammonia for a wide variety of renewable energy products designed for transport and industry.

St1 Nordic Oy is an energy Group whose vision is to be the leading producer and seller of CO2-aware energy. The Group researches and develops economically viable, environmentally friendly sustainable energy solutions. St1 focuses on the fuel marketing activities, oil refining and renewable energy solutions, such as advanced biofuels and industrial wind power. The group has 1,290 St1 and Shell branded service stations and gas filling points in Finland, Sweden and Norway. Headquartered in Helsinki, St1 currently employs more than 1,200 people. www.st1.com

They allow for converting renewable electricity, such as wind power, into a product, such as methanol, that can be stored more easily and taken into use whenever necessary. P2X technologies are the most scalable technologies that provide alternative fuels to replace fossil fuels.

The use of and demand for synthetic fuels are driven by EU regulation, national mandates and the carbon neutrality goals of customers in the transport sector and industry, for example.

Synthetic methanol
Synthetic methanol is considered to have potential due to its wide range of applications in the market. It can be used as such as a fuel for maritime transport or blended into road transport fuels as such or with further refined to replace fossil fuels. Synthetic methanol can be introduced to the market through the current logistics and distribution infrastructure.

In addition to its applications related to fuels, methanol has a key role as one of the basic raw materials in the chemical industry. It can be used in various downstream products, such as glues, solvents and plastics.

St1 built a waste-based Etanolix® ethanol production plant in Gothenburg
Release
Cellunolix® ethanol plant to be built in Finland
Release
St1 constructs a biorefinery to produce renewable diesel and jet fuel
Release
St1’s pilot to produce advanced ethanol from cassava waste starts in Thailand
Release
St1 plans to extend its advanced biofuels production into renewable diesel
Release
St1 pilots sustainable carbon sequestrating through afforestation in Morocco
Release
On our websites, we use cookies to collect information related to the user's device. Cookies are used to identify the customer's browser and with the information we receive, we aim to develop our service to better serve our users. Read more about our Cookie policy here.
Functional Cookies
These cookies enable the use of functional tools that are not inherently tracking or targeting the user, like Chat widgets from 3rd parties.
Read more
Analytic Cookies
These cookies gather information such as page visits and traffic sources, so we can measure and improve the performance of our site. Cookies, such as Hotjar, help us identify the most popular sites and see how users navigate the site. All information these cookies collect is aggregated and therefore anonymous. If you do not accept these cookies, we will not receive analytical information about your visit, and we will not be able to improve the user experience of the website based on them.
Read more
Targeting Cookies
We use third-party tracking cookies to allow services such as Facebook, Instagram, Google, Adform, and YouTube to market products which we believe may interest you on their platforms and networks. If you do not accept these cookies, you will not see targeted advertising on different websites, but untargeted marketing communication.
Read more
Necessary Cookies
Always active
These cookies, such as Google Tag Manager, are necessary for the website to function and cannot be switched off in our systems. These cookies are required, for example, when a user logs in, fills out a form, or changes their privacy settings. The user can block these cookies from the browser settings, but the basic functionality of the site may stop working.
Read more